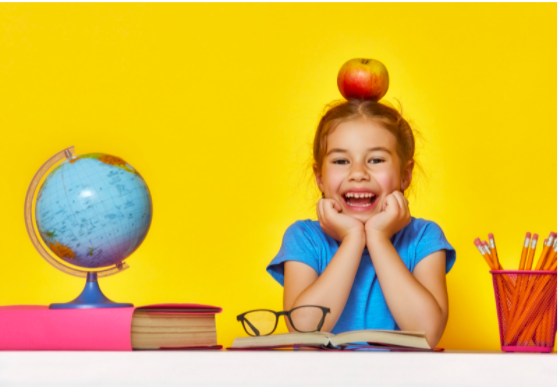 “He could perform better if he concentrated and stopped being playful.” How often has your child’s teacher told you this? Do you sometimes wonder about your child’s cognitive potential? Every parent wants their child to be a success, both academically and socially.

This is why many have turned to the cognitive development learning centre to help their children achieve their intellectual potential.

Cognitive training exercises are carried out on children aged two years and above. When verifying a child’s intellectual power, the trainers test the child’s IQ before comparing it to their cognitive development stage.

Unfortunately, much emphasis is placed on a child’s physical milestones as they grow. However, a child’s cognitive development stages are equally important.

Children under the age of two are in the sensorimotor stage of cognitive development. During this stage, infants use sensory stimuli and object manipulation to discover this new world. Newborns usually respond reflexively to stimulation.

For example, when you put your finger in a newborn’s palm, he will reflexively grasp it. Smiling and sucking are also reflexive actions.

Between the first and fourth months, babies are more intentional with their actions. At this stage, babies coo, laugh and kick to show joy or pleasure. By the time they turn one, babies can plan and coordinate their actions and responses. For example, a child can crawl to pick up a toy or turn when he recognizes a word or sounds.

Children aged two to seven years are in the preoperational cognitive development stage. Many children who undergo cognitive training fall under this cognitive stage of development. During this stage, children begin developing memory and imagination.

Unfortunately, children in the preoperational stage are considered illogical because they respond to questions intuitively, without using logic. However, this stage is critical because children are developing an interest in language to communicate.

It is at this stage that children start preschool. At this point, a child’s knowledge structure is expanded. Their beliefs are challenged, expanded, and rearranged. This is when a child starts seeing the world through a different lens.

Children aged 7-12 years start being aware that there is more to the world than they know. For example, at this age, children are more aware of other people and their feelings. They are more sensitive to the beliefs, thoughts, and feelings of others. Children in this cognitive stage are more willing to share their possessions and time.

Children 11 years and above are in the formal stage. The formal operational stage goes all the way into adulthood. Children in this stage solve problems using logic, are more aware of their surroundings, and appreciate planning for the future.

Cognitive training programs for children in this stage include creative thinking, abstract reasoning, mathematical calculations, and the use of hypothetical questions seeking particular actions and outcomes.

For example, at the cognitive development learning centre, children may be asked, “if Joe is taller than Mary, and Mary is taller than Jeff, who is the tallest?”. The child has no idea who these are, he has never met them, but he is expected to imagine them and come up with a correct answer.

Age-appropriate questions are critical during cognitive training at the different cognitive stages. Asking hypothetical questions to a child in the preoperational stage, for example, may give a false outcome since he lacks the cognitive capacity to reason or even respond to such questions.

Some children tend to have an advanced brain development for their biological age or expected cognitive development stage. Such children are said to have a higher IQ and need cognitive training to help them reach their potential.

Hi! Welcome to my blog! Being an elementary school teacher for the past 5 years has taught me that the early years of education are essential for providing the kids with a stable foundation. This is one of the most fun and rewarding way to contribute to a child's development, again and again. Follow along with me on this journey of exploration as I penned down my thoughts on the benefits of today's education system for the little ones. Hope you enjoy!